Last night we dined on the balcony of La Quercia (The Oak), and watched the sun go down over the mountains we climbed during the day. One of the coastal towns, Scario, was celebrating its saints day, and we watched their firework display while finishing off a very nice bottle of Aglianico from Agropoli, through which we passed three days ago. 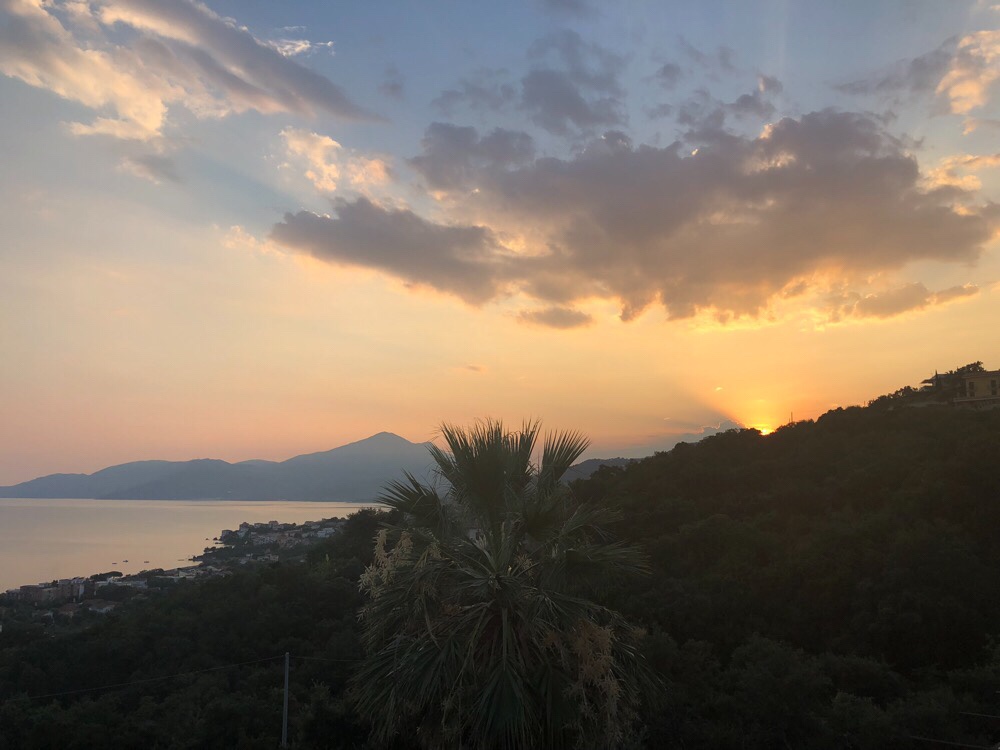 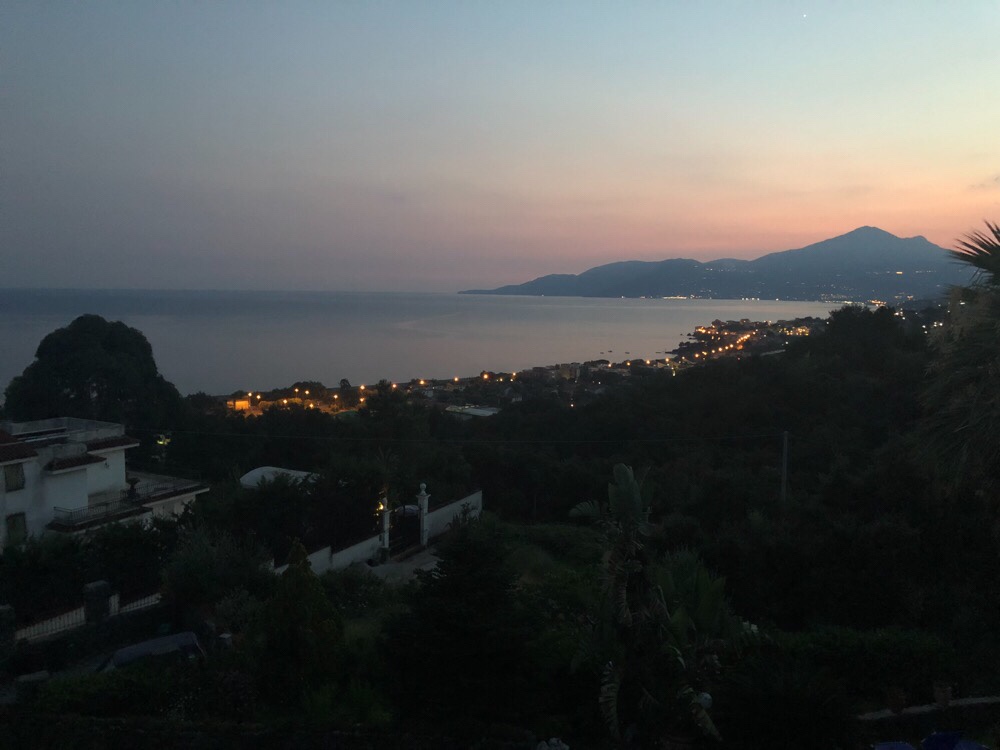 Today we were to pass through three provinces. We left Campania, entered Basilicata for a short but incredibly beautiful transit, then arrived in Calabria, the last ‘mainland’ province, which forms Italy’s toe.

Before all this, though, we enjoyed breakfast on Sapri’s lungomare. The croissants were particularly good this morning, almost to French standards. We’ve also learned that when ordering our latti macchiati in the morning we have to add caldi (hot), otherwise the coffee is served slightly lukewarm. Perhaps that makes more sense in these temperatures. 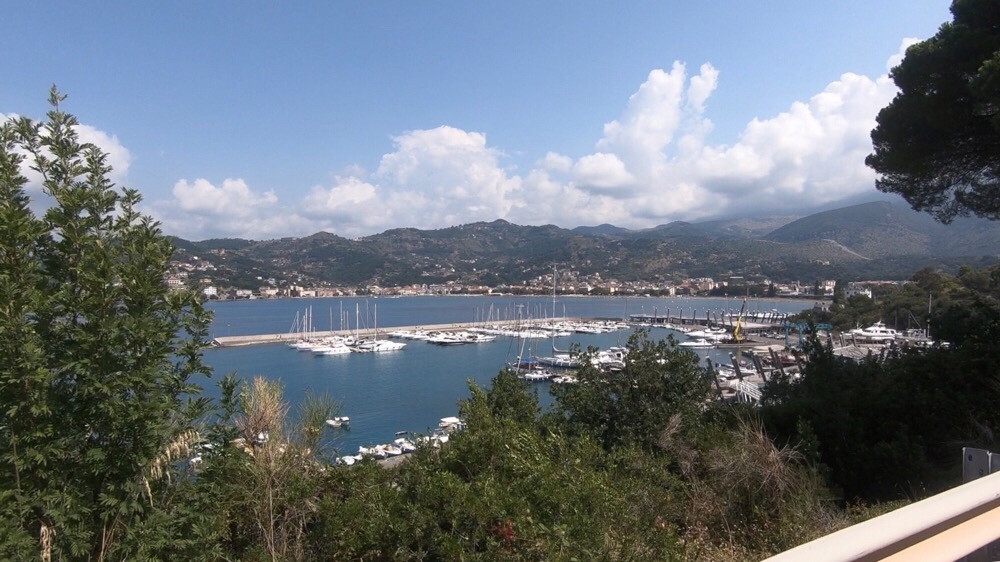 Our exit from Sapri was gentle enough, but we knew we had a few tough ascents today, and soon after leaving town we hit the first of them. What a spectacular coastline, though. For the last three days we’ve enjoyed memorable views while cycling around the Palinuro peninsula, but nature saved the best for last. The road was carved into a vertiginous hillside, and we didn’t stray too close to the barrier on the right, as there were sheer drops on the other side. Twice we went through short tunnels, enjoying the new vistas that opened on the far side.

After completing the initial steep climbs we dropped down towards Maratea, “The Pearl of the Tyrrhenian”, which is famous for its beautiful scenery and coastline, and for the enormous statue of Christ the Redeemer, built of pure Carrara marble, and located on the top of Monte San Biagio. We stopped to take pictures, but didn’t linger – too many hills left to climb! 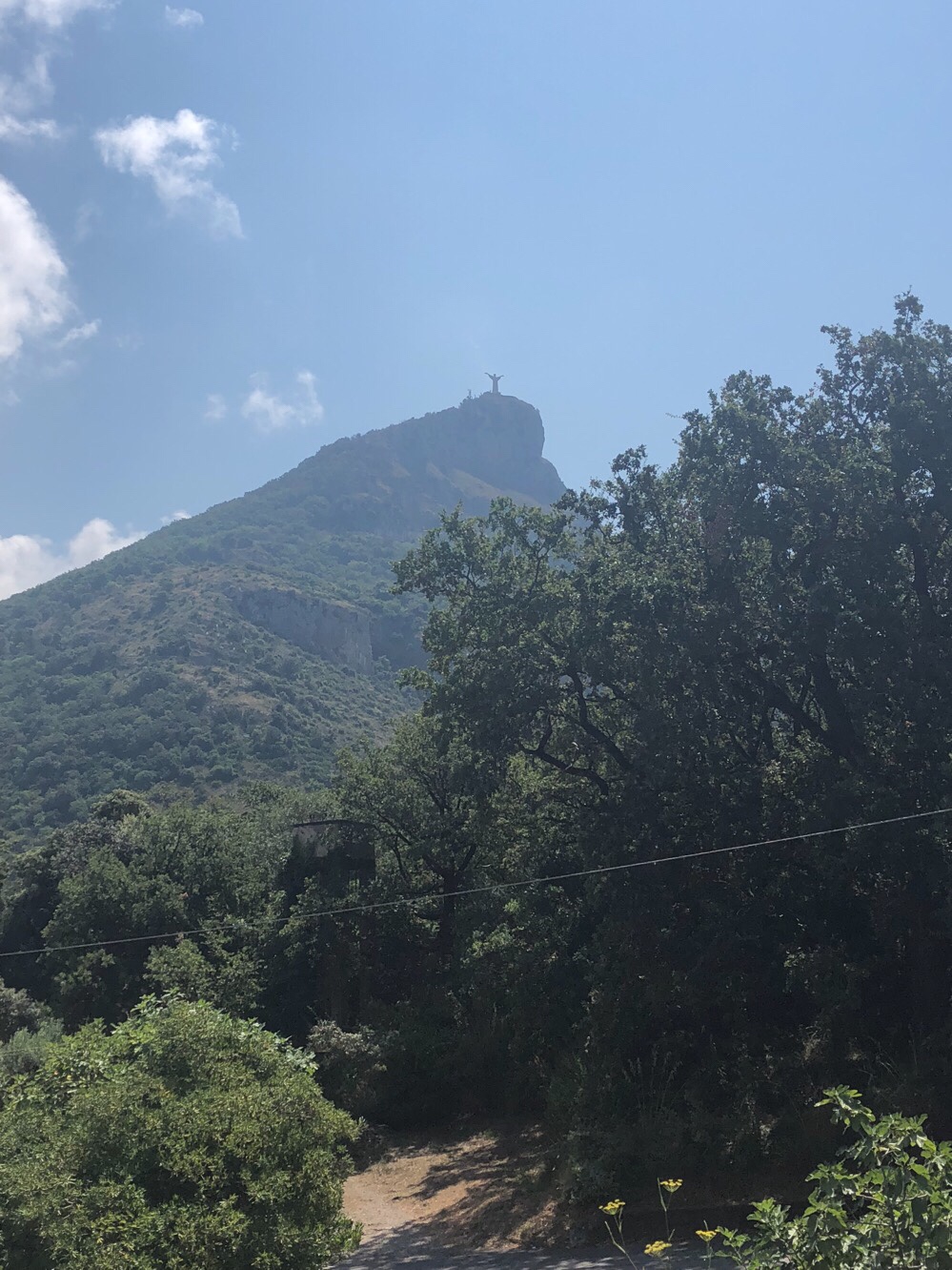 On we rode, clinging to the hillside but enjoying every moment, until finally we caught sight of the beaches of Praia di Mare below us. A long descent brought us into town, where we crossed from Basilicata into Calabria, and cycled along the lungomare for a while before ducking into town for a simple lunch. 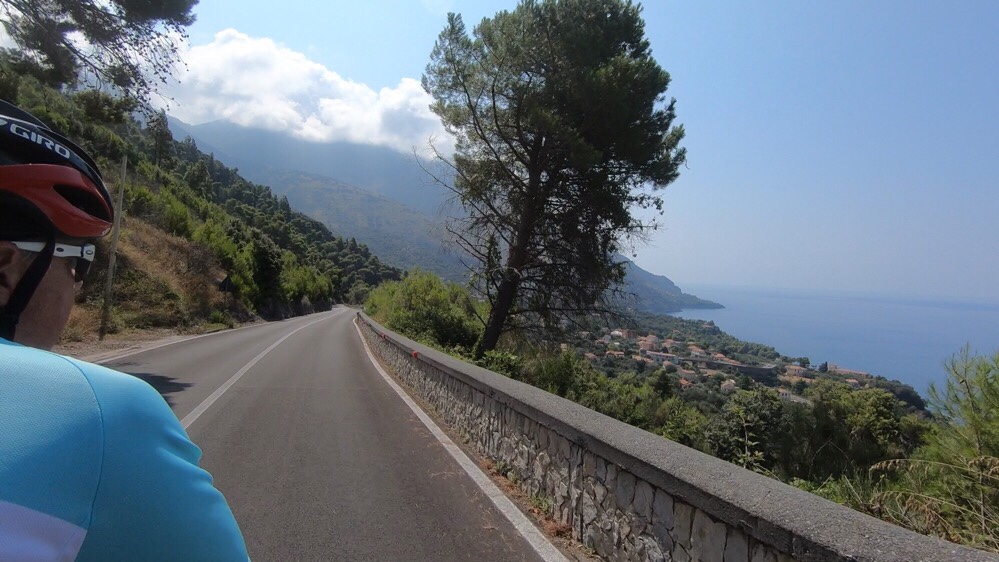 Three hills remained, to be climbed in the heat of the early afternoon. The first was long and arduous, mainly because there was no breeze whatsoever, so we felt exposed to the full heat of the sun. At the top, though, there were magnificent views over Isola di Dino, where some enterprising soul had built eco-pods for visitors. 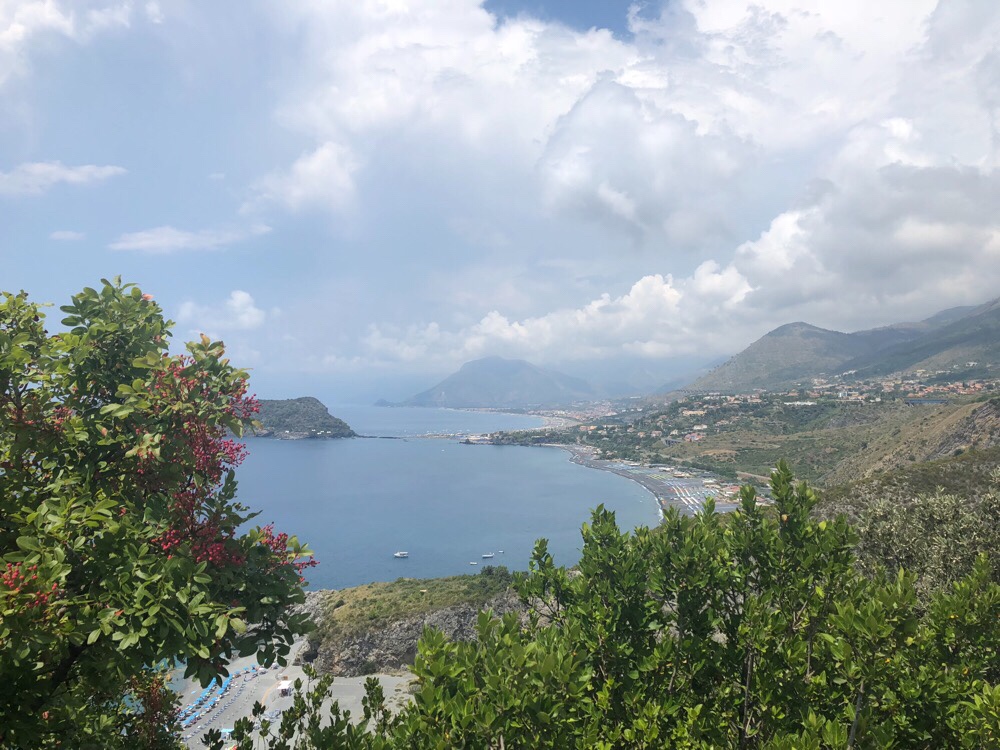 The two remaining climbs took a while, partly because we kept deciding to stop and take pictures. 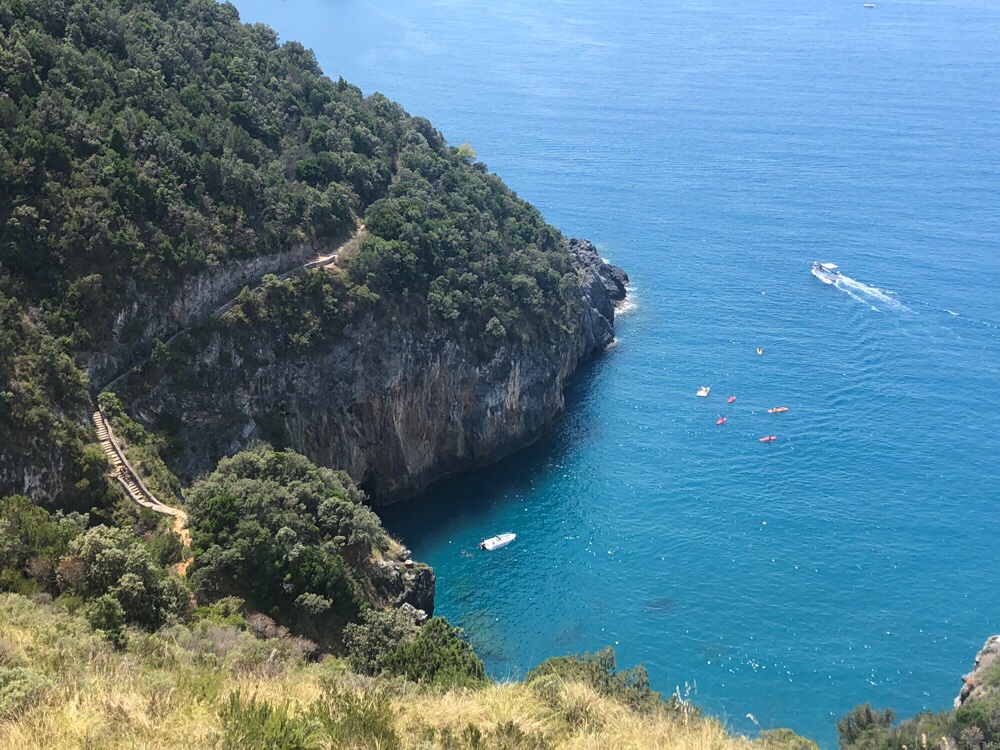 The climbs achieved, we descended into Scalea and located our lodgings on the edge of town.

We’ve read that the coastal route from here as far as Pizzò is something of an anticlimax after the amazing Cilento coast. No doubt we’ll still find something to write about! Tomorrow’s destination is the town of Paola.