Not the most interesting of evenings in Taunton, sadly, as our neighbourhood consisted of the Premier Travel Inn and the accompanying “Chef and Brewer” pub. We ate there – it was as close to a factory as to a restaurant, we were surprised not to find Soylent Green on the menu. There then followed an intermittent night’s sleep, as the traffic noise was considerable.

So all things considered we were glad to get away this morning, although we were only just leaving when we were overtaken by a white stretch limousine, the window of which wound down. An arm emerged, clutching an alco-pop bottle, and there was a chorus of cheers. All this before 10 a.m! 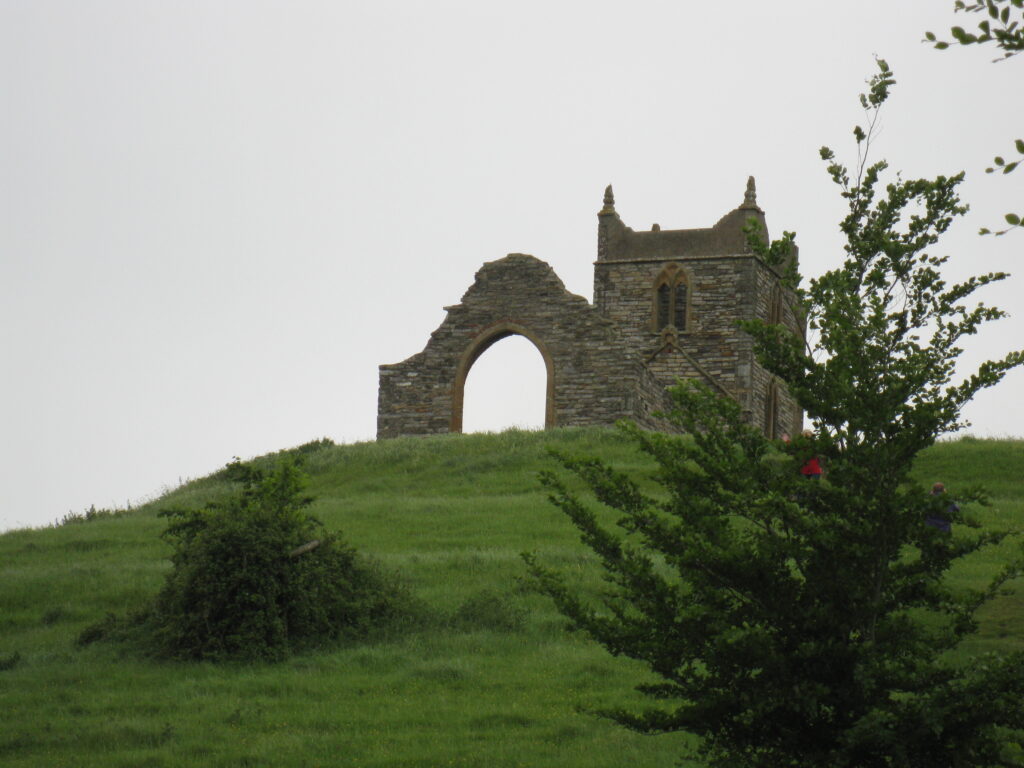 At last we popped out onto the Somerset Levels, like a cork from a champagne bottle, freed at last from the Devonian hills. Very flat, Somerset, and all the better for it. Gary the Garmin GPS mucked up our route out of Taunton, and we ended up cycling on A-roads for the first ten miles or so towards Othery. We didn’t mind too much, as we were achieving an average speed as yet undreamt of on this trip, and the road took us past Barrow Mound, an interesting ruin on top of a small hill, visible from a long way off in this flat terrain. By-passing Glastonbury we took a series of minor roads through the peaty levels, with distant views of Glastonbury Tor. A fully laden tandem passed us going in the opposite direction – we were going too quickly to stop, sadly, perhaps they were doing John o’Groats to Lands End – if so they were nearing the end of their journey.

Near Henton we turned onto the Wookey road which was to bring us through a series of attractive villages to Wells, a most attractive city. Here we faced a dilemma – the delights of Wells were awaiting us but we’d made such good time that we fancied getting the climb to the top of the Mendips out of the way before lunch. So climb we did, rapidly gaining 800 feet from the sea-level Somerset flats. A local advised us to head to the Slab House Inn, near the summit of the climb, for our lunch, and very good it was too, washed down with a couple of glasses of something local. Strange name – the menu explained that during the time of the Black Death, farmers and traders would leave food, drink and other produce on a large slab outside the Inn for locals to come and collect. A friendly family at the neighbouring table donated a tenner on seeing our shirts – we’re really glad we went to the trouble of having them printed now. 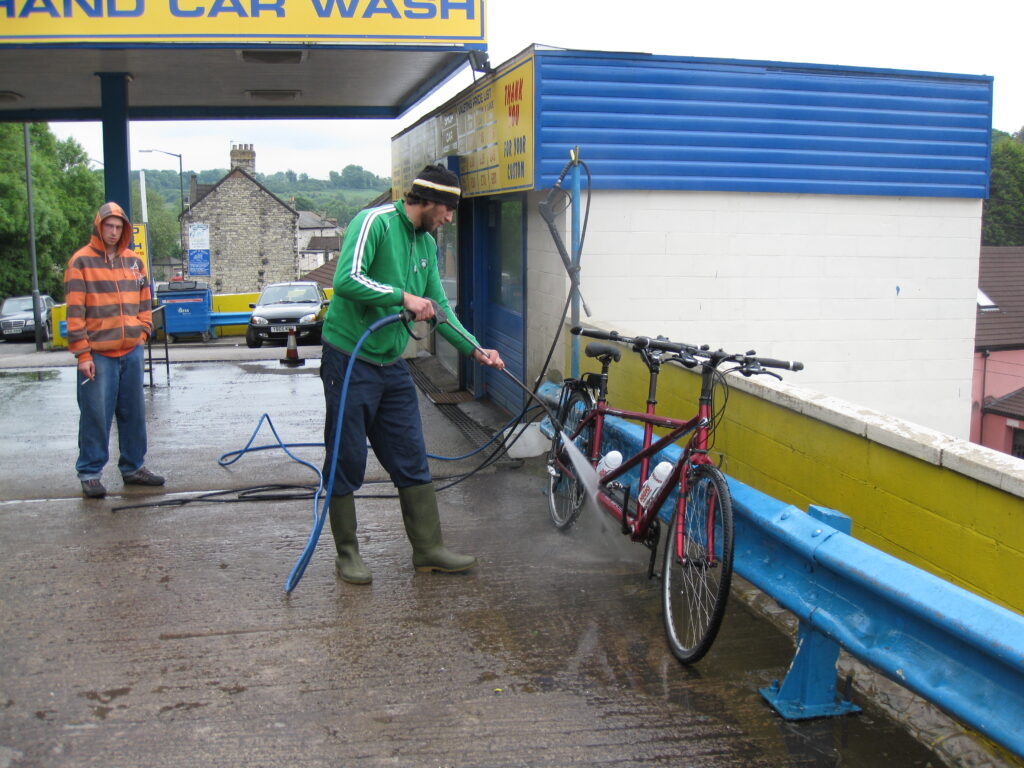 A long morning meant that we only had 18 miles remaining to Emma and Rob’s house in Bath, the first major milestone in our journey. The steady descent from the top of the Mendips towards Radstock was easy and enjoyable. Near Clandown we spotted a jet-wash where some friendly Eastern Europeans helped us to restore the tandem to something approaching cleanliness, and refused to accept payment.

Finally we turned off onto lovely narrow lanes near Carlingcott, and tackled a couple of short but punishing climbs through Englishcombe to Bath. Here we intend to restore all our clothing to sweet-smelling loveliness before a relatively short day tomorrow to Gloucester. This will be our first day travelling due north. Progress!