We opened the shutters with some trepidation this morning, after yesterday’s torrential downpour, but we needn’t have worried – the sky was uniformly blue. So we packed and cleaned the apartment in anticipation of the arrival of Christine, who would vet our efforts and conduct a full inventory – perhaps overkill after a single night’s stay, but there we are. She was a friendly soul, and conducted her work while speaking long and continuously and assuming we would understand everything she said. Reader, we didn’t.

It should perhaps have been a clue to the severity of today’s effort when the hotel receptionist actually said “Oh la la!” when we revealed our destination. Undaunted (alright, perhaps a little daunted) we pedalled uphill out of the Belle Époque splendour of Vals-les-Bains. The gradient was perhaps three to four percent, which doesn’t sound much, but it would remain at or above that level for approximately the next thirty kilometres. 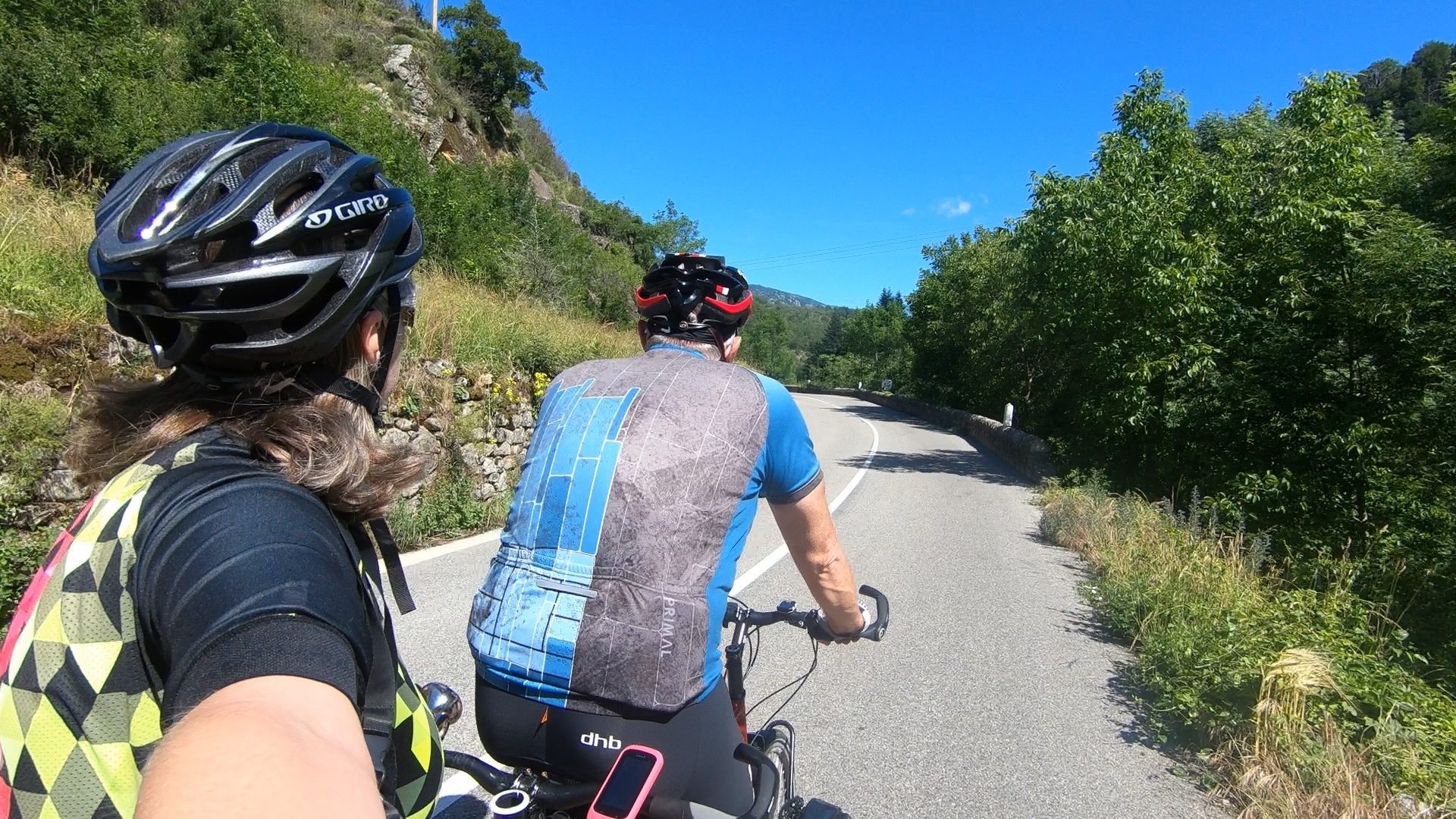 Initially it was pleasant enough, as we followed the narrow valley of the Volane river, a tributary of the Ardèche. There were several bottling plants in the early kilometres – Vals is famous for the quality of its spa water – and a beautiful former mill in the valley floor. 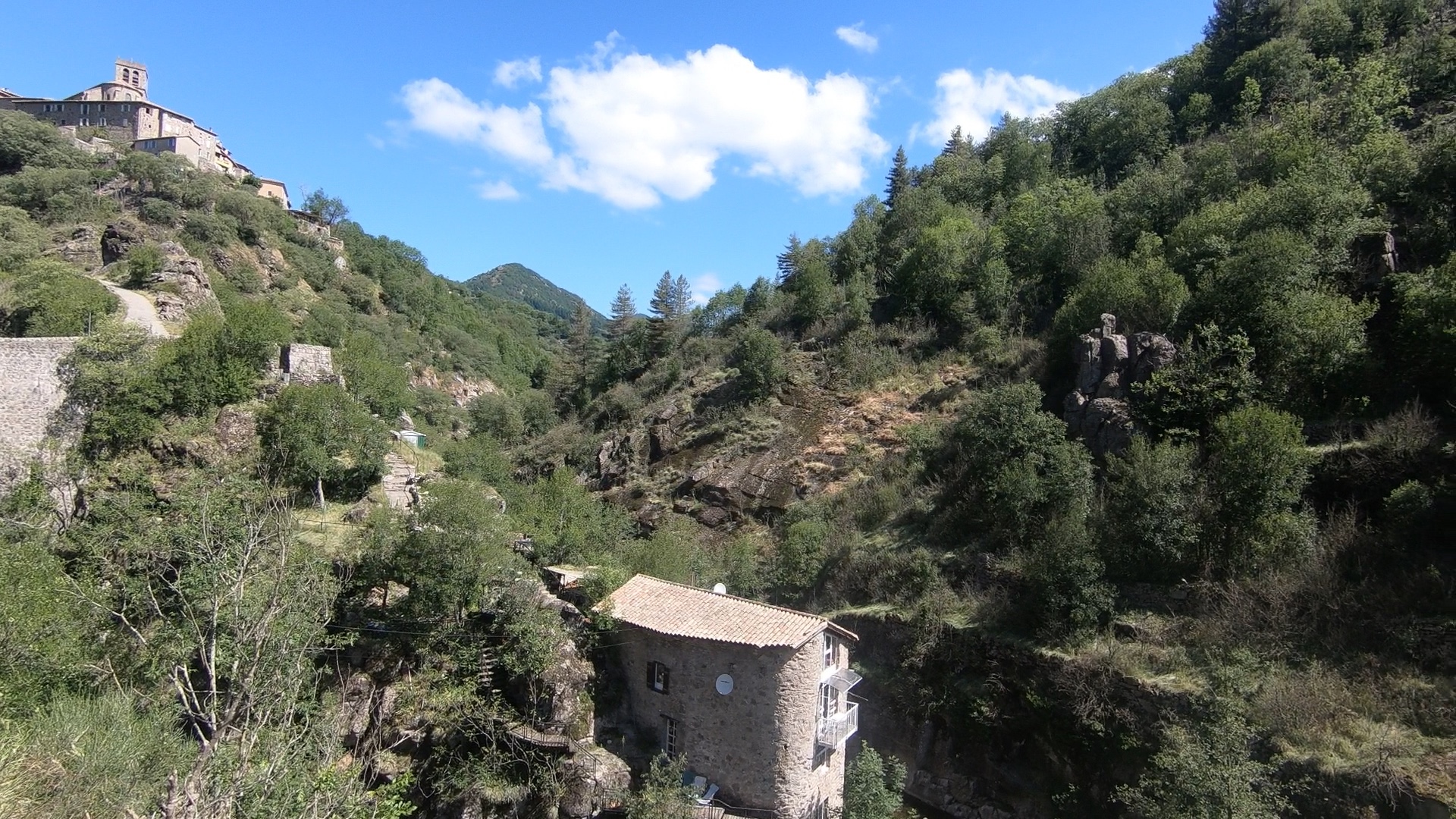 The geology has completely changed since yesterday. We’ve left behind the limestones of the Ardèche gorge, and we’ve entered volcanic terroir. To the side of the valley we saw columnar basalts, and as we headed up towards the plateau there were several volcanic plugs. Fascinating (for the Captain, at least!).

Our legs were warming up well by now, but mindful of the task ahead we stopped in a little roadside café just before Laviolle for some drinks and to top up our water bottles. Thereafter, for several kilometres, the gradient kicked up, and we began to feel the effort we were putting in more keenly. Our average speed was hovering around nine kilometres per hour, but reasonably steadily. 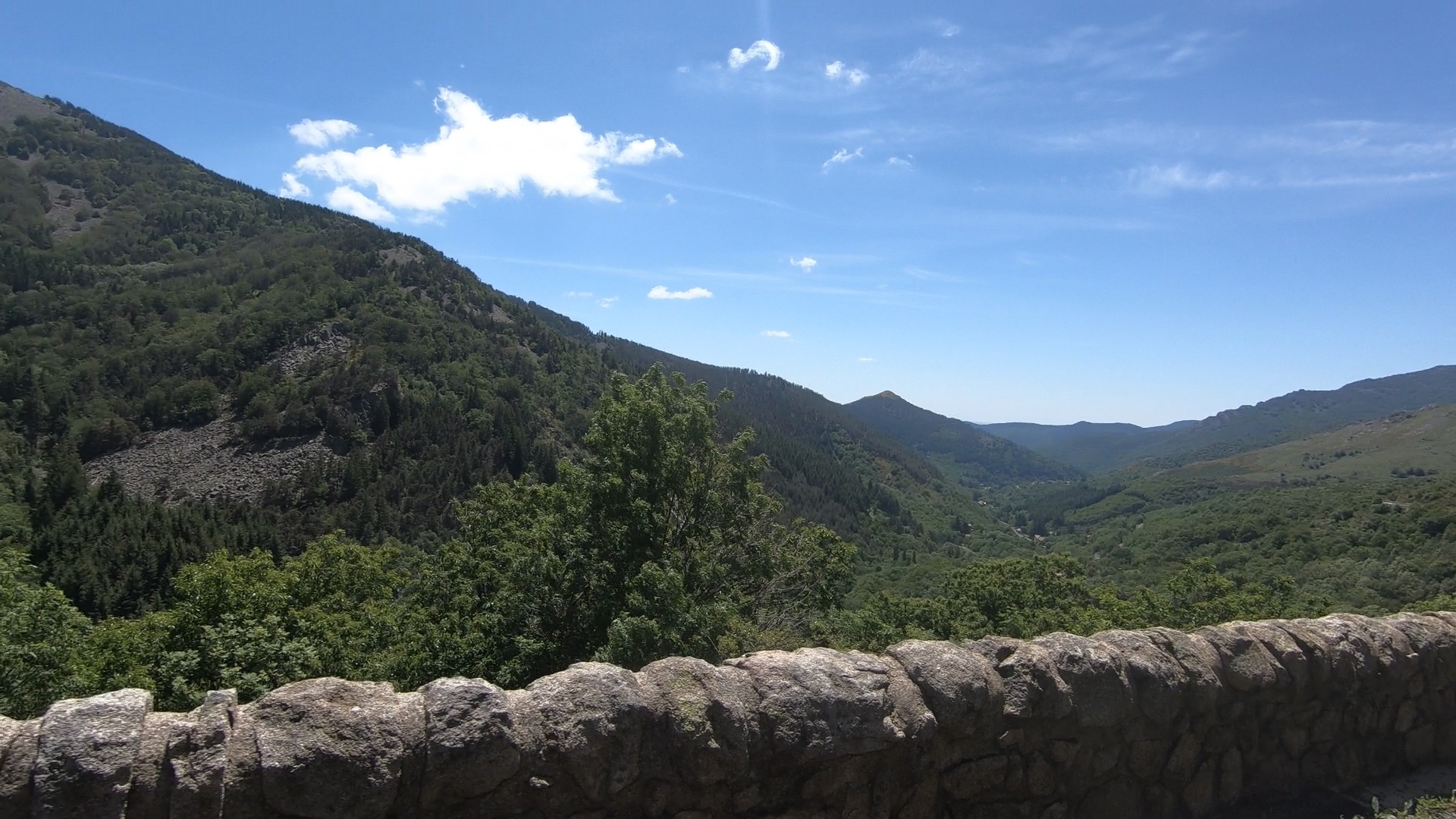 We set our sights on Mezilhac for lunch, and the last climb up to that point was a big effort. We were well rewarded, though, when we looked to the skies to see an enormous bird of prey, which we later identified as a short-toed snake eagle. What a magnificent sight against the blue sky. 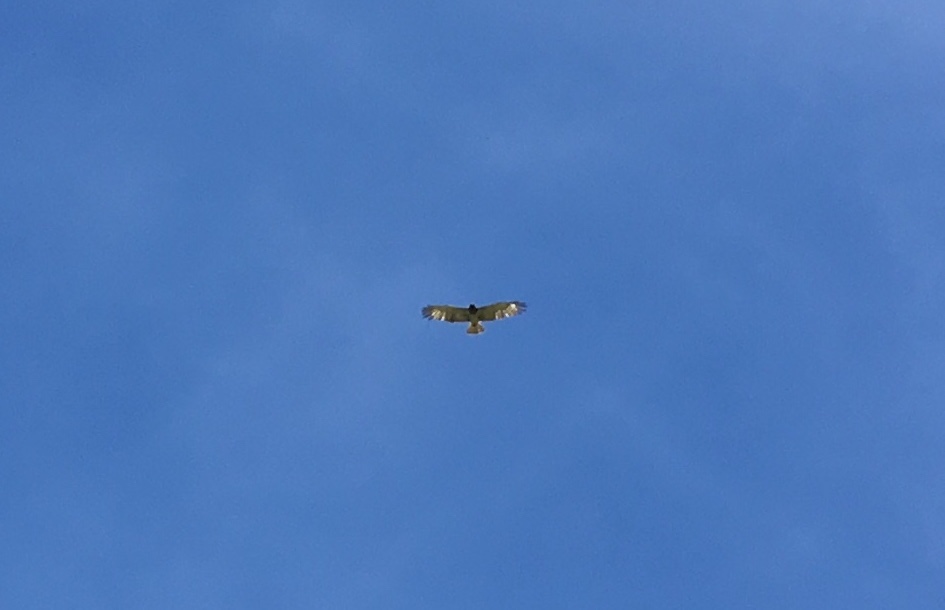 It was a relief to our legs (albeit only a temporary one) when we arrived at the Hotel des Cévennes, a fine friendly place. We were only just in time for the end of their lunch service, but they fed us well. We knew that we still had fourteen kilometres of climbing ahead of us to reach today’s summit, so we didn’t hang around for too long. 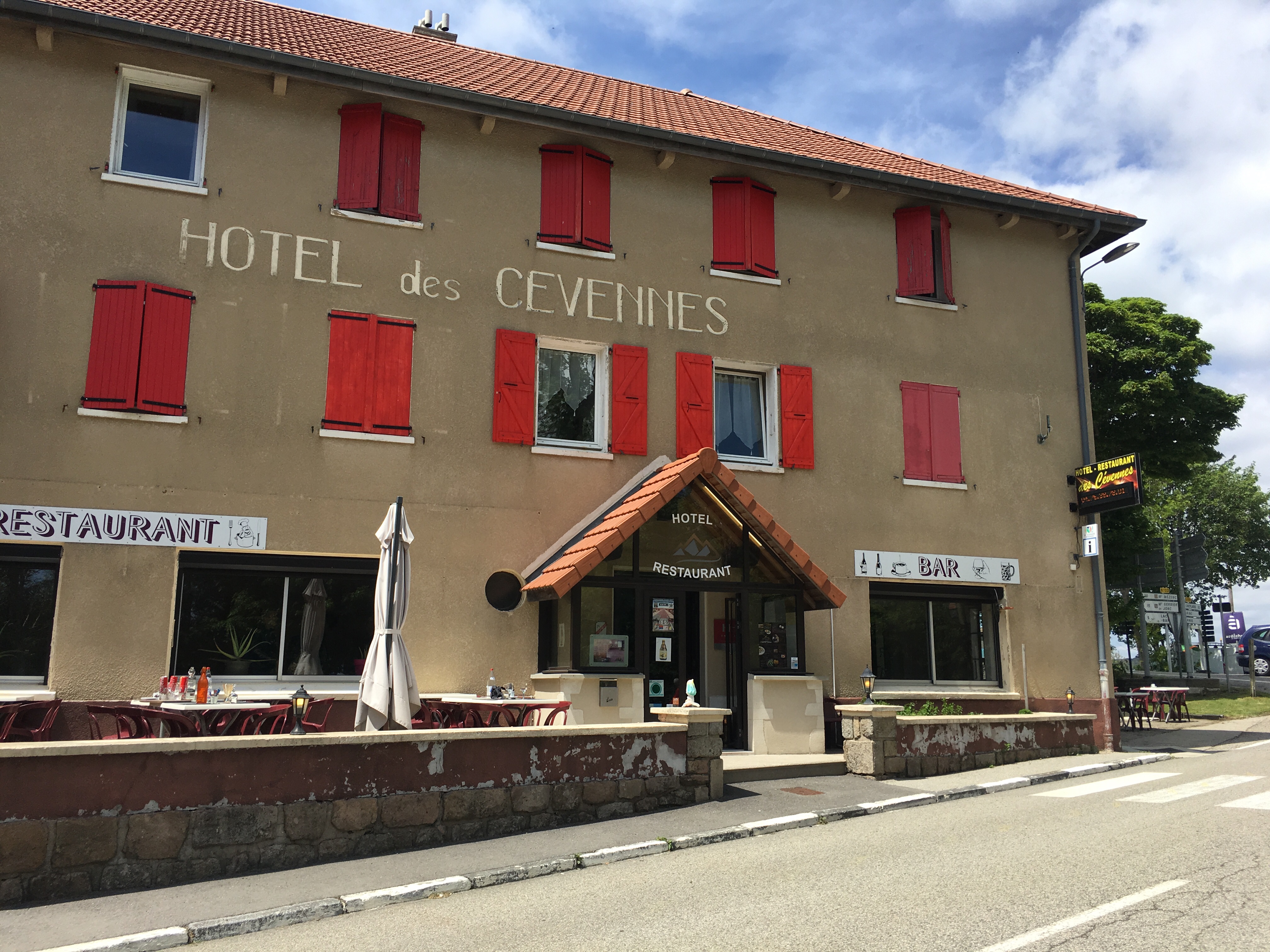 A steepish escape from town ensued – we were starting to feel the effects of altitude too by now. The surroundings were spectacular, as we neared the plateau, with views in all directions (allowing us to confirm that we definitely can’t see Mont Ventoux any longer). 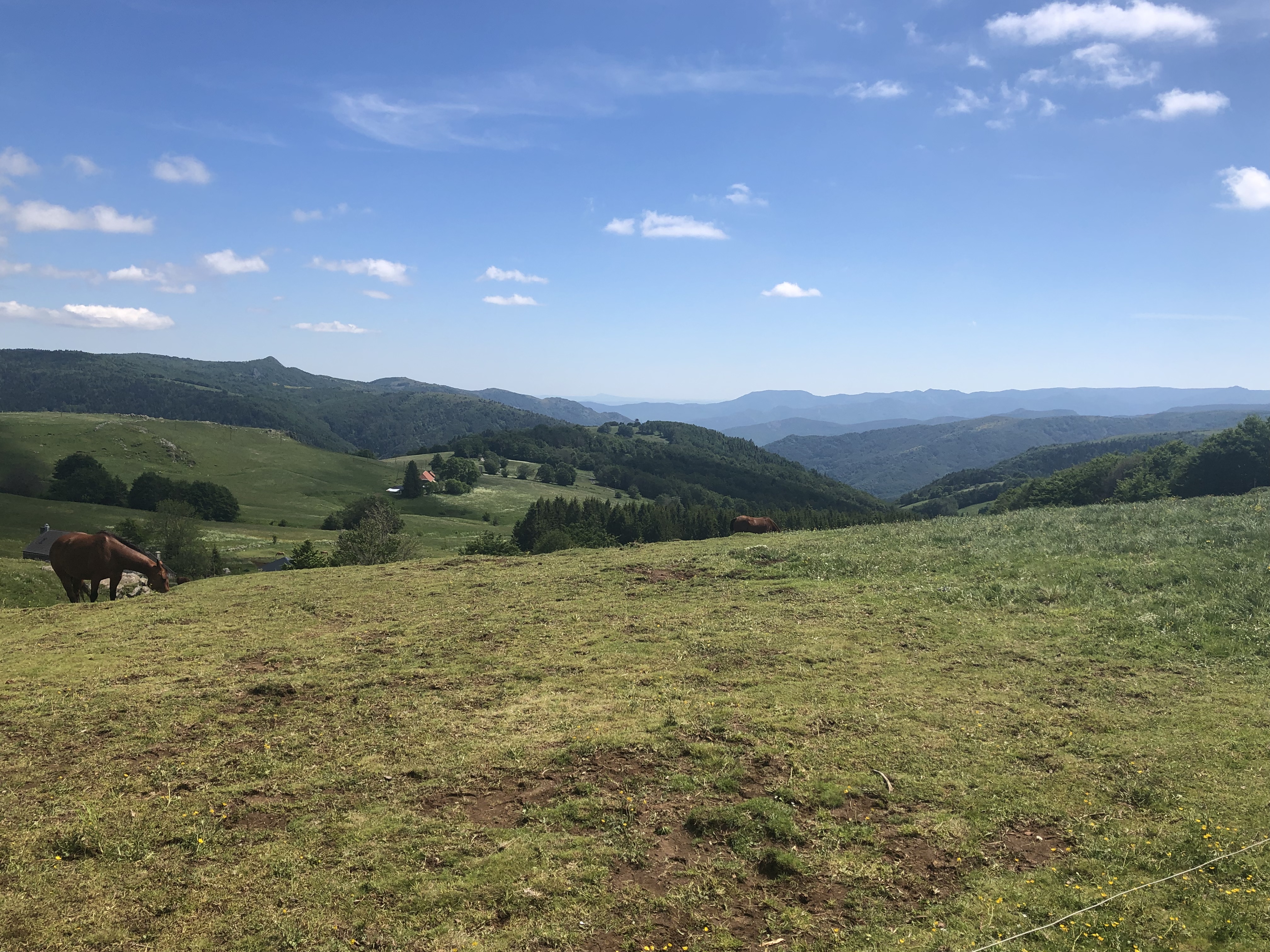 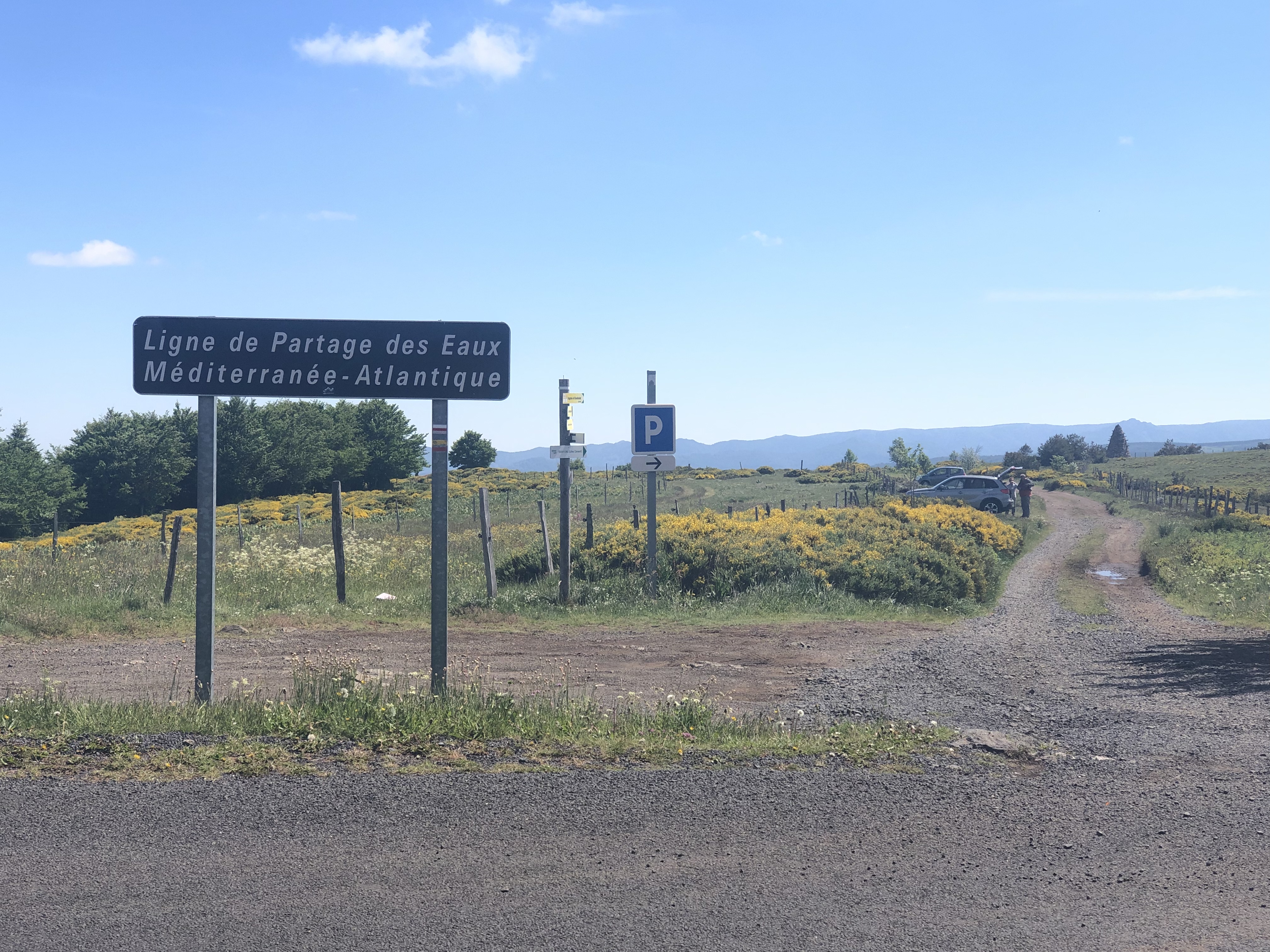 The end of our climb approached, just a rise of a hundred metres or so and then we saw Mont Gerbier de Jonc rising above the plateau. 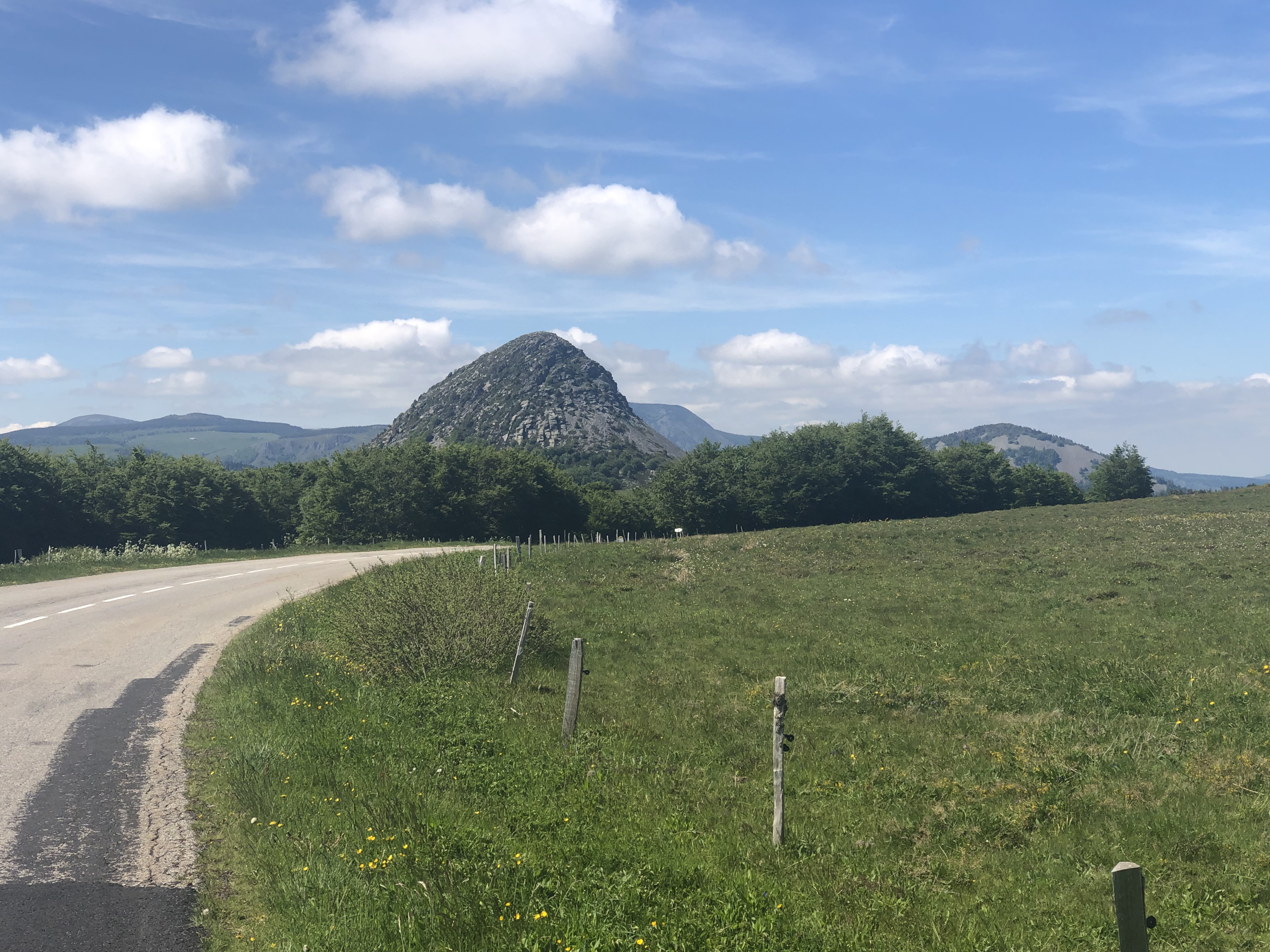 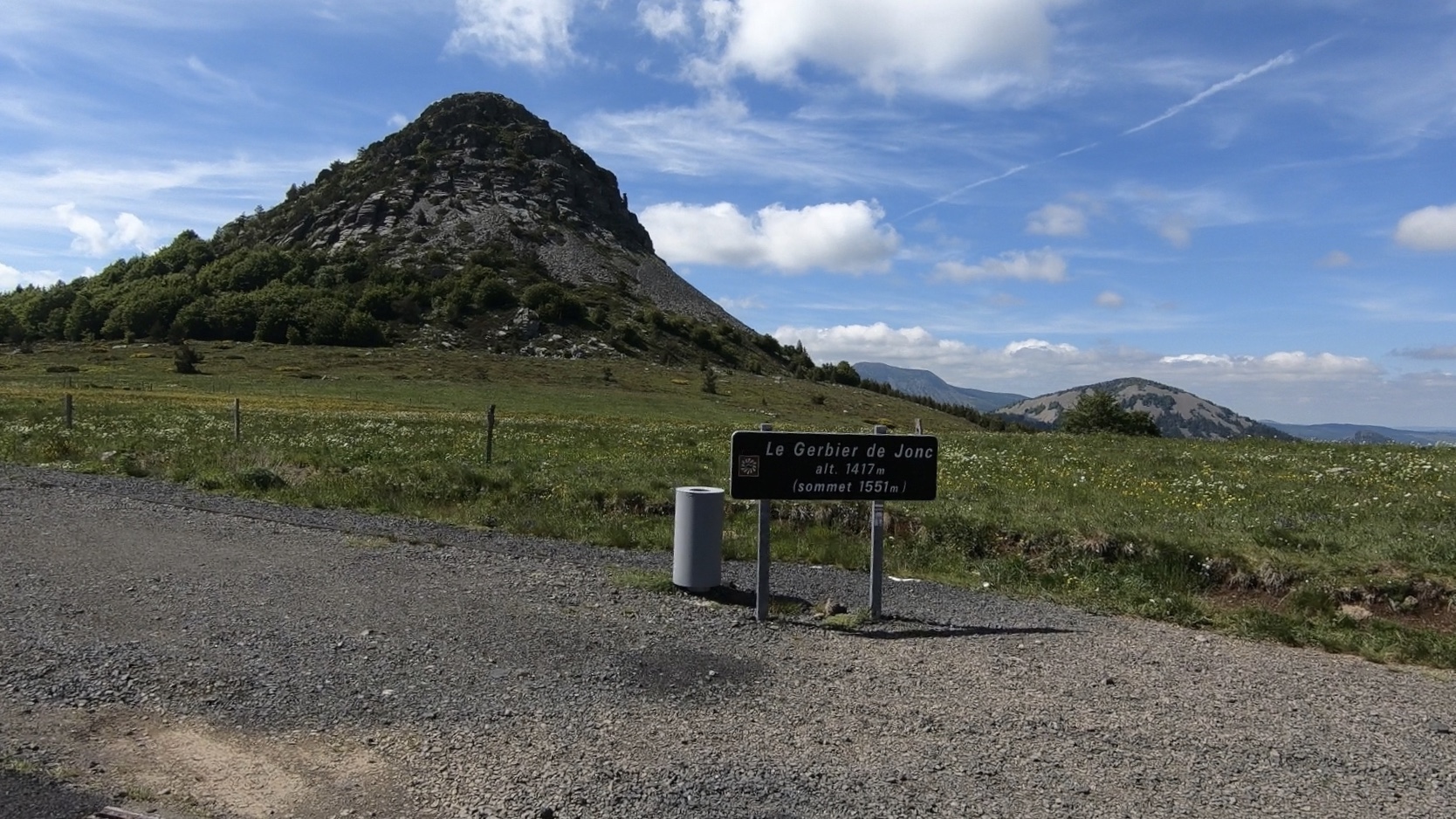 While we have been cycling for six days now, this is the real start of our journey, the reason being that on the slopes of this mountain one can find the source of the Loire. Now, this being France there are actually three different locations claimed as being the actual source, all within a short distance, but we chose the first one we encountered! All being well, we will now follow this river all the way to the Atlantic. 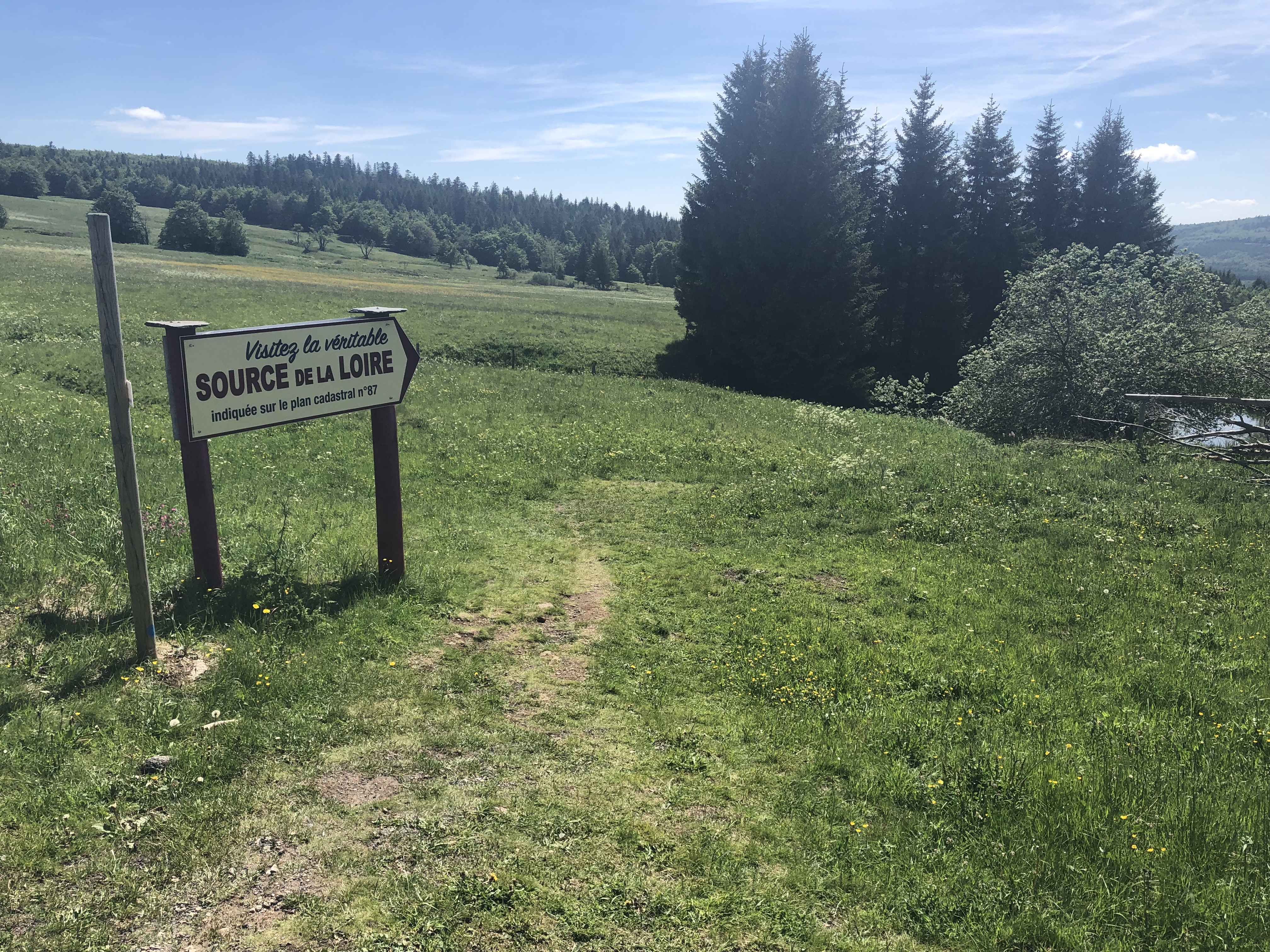 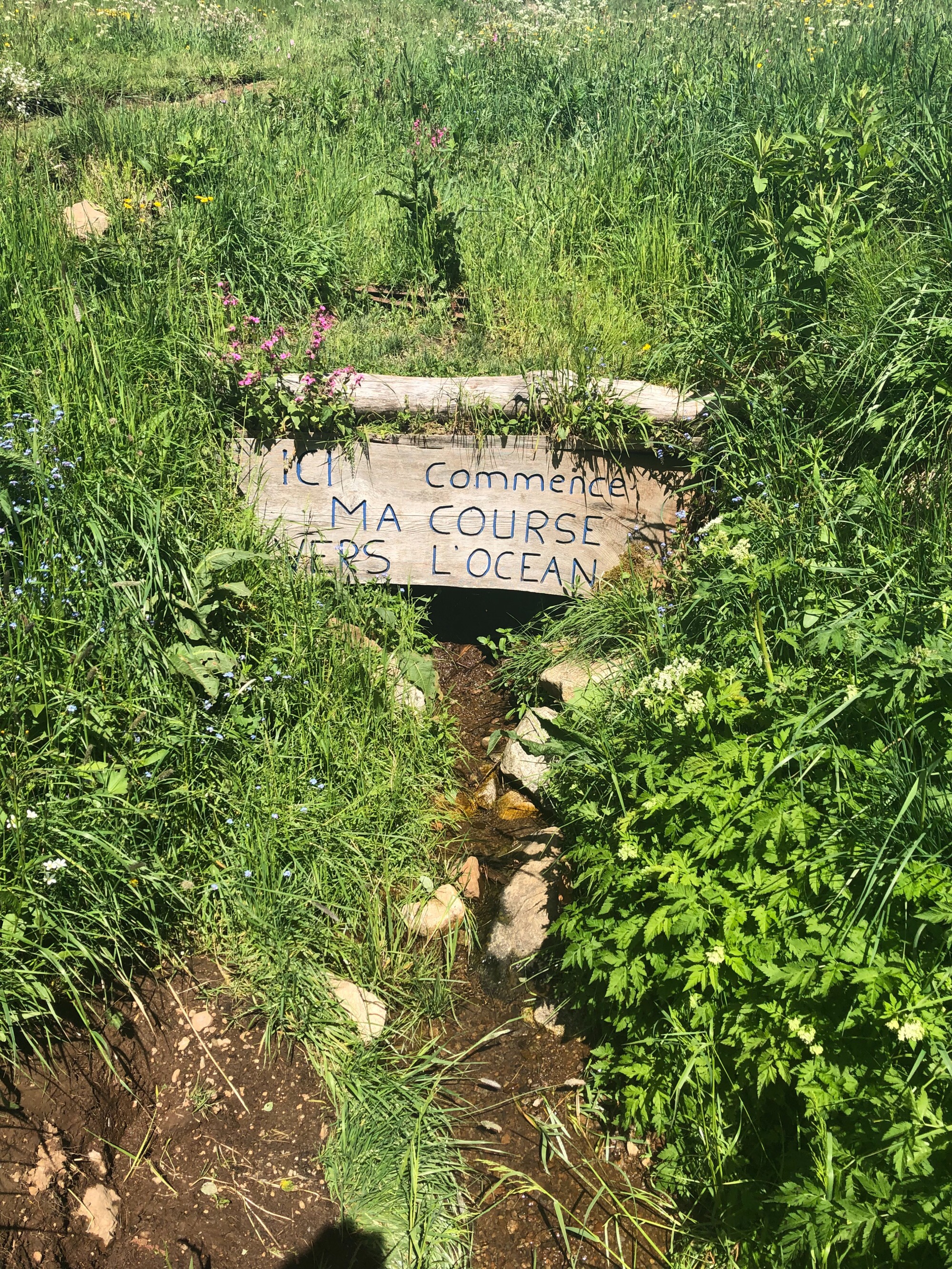 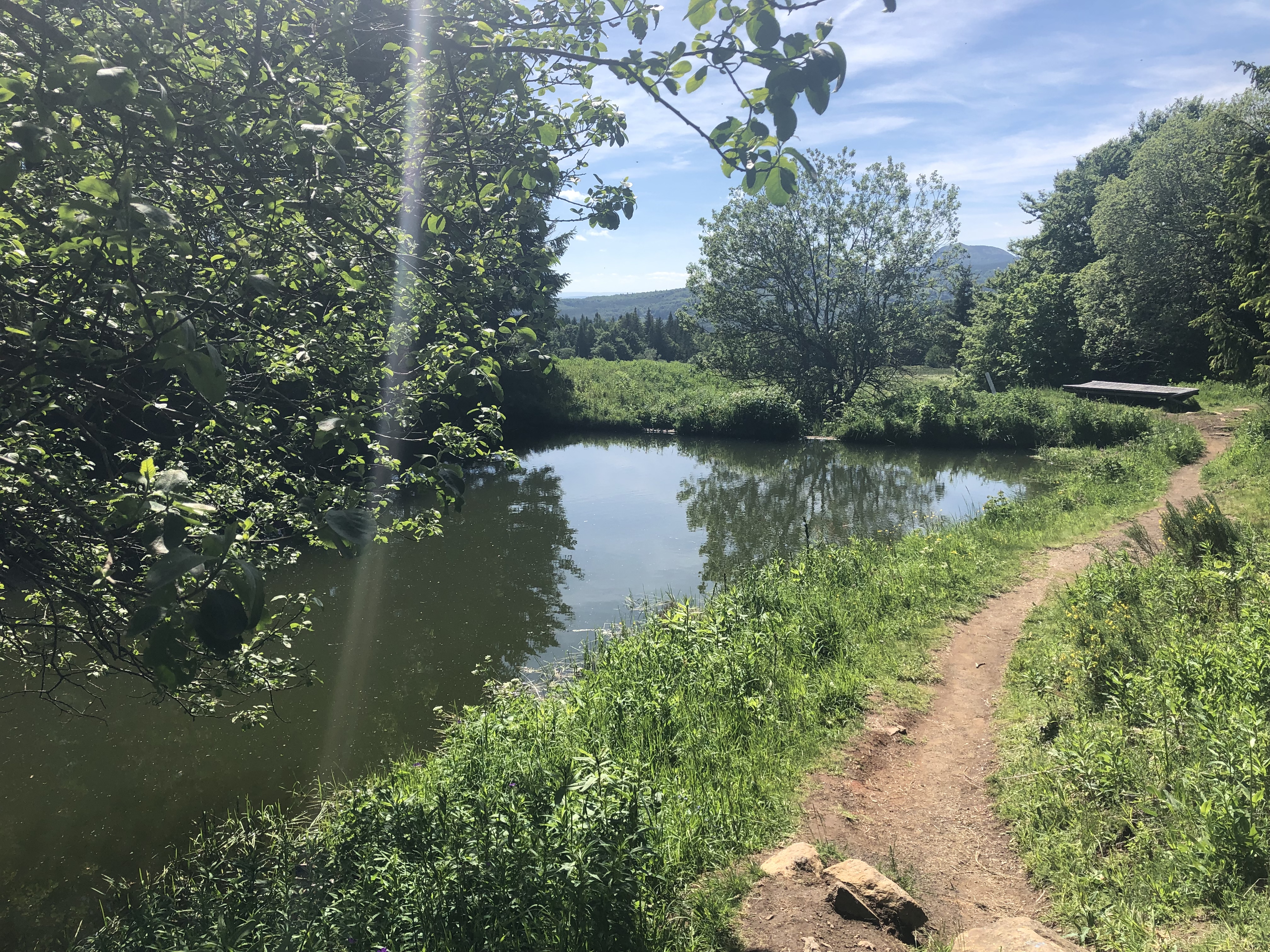 Four glorious fast kilometres of downhill followed, allowing us to nudge our average speed vaguely towards respectability! Our destination was the town of Sainte-Eulalie, where, glory be, the bar at our gîte was open and serving Leffe Blonde! Here, next to the gîte, the Loire has grown a little. 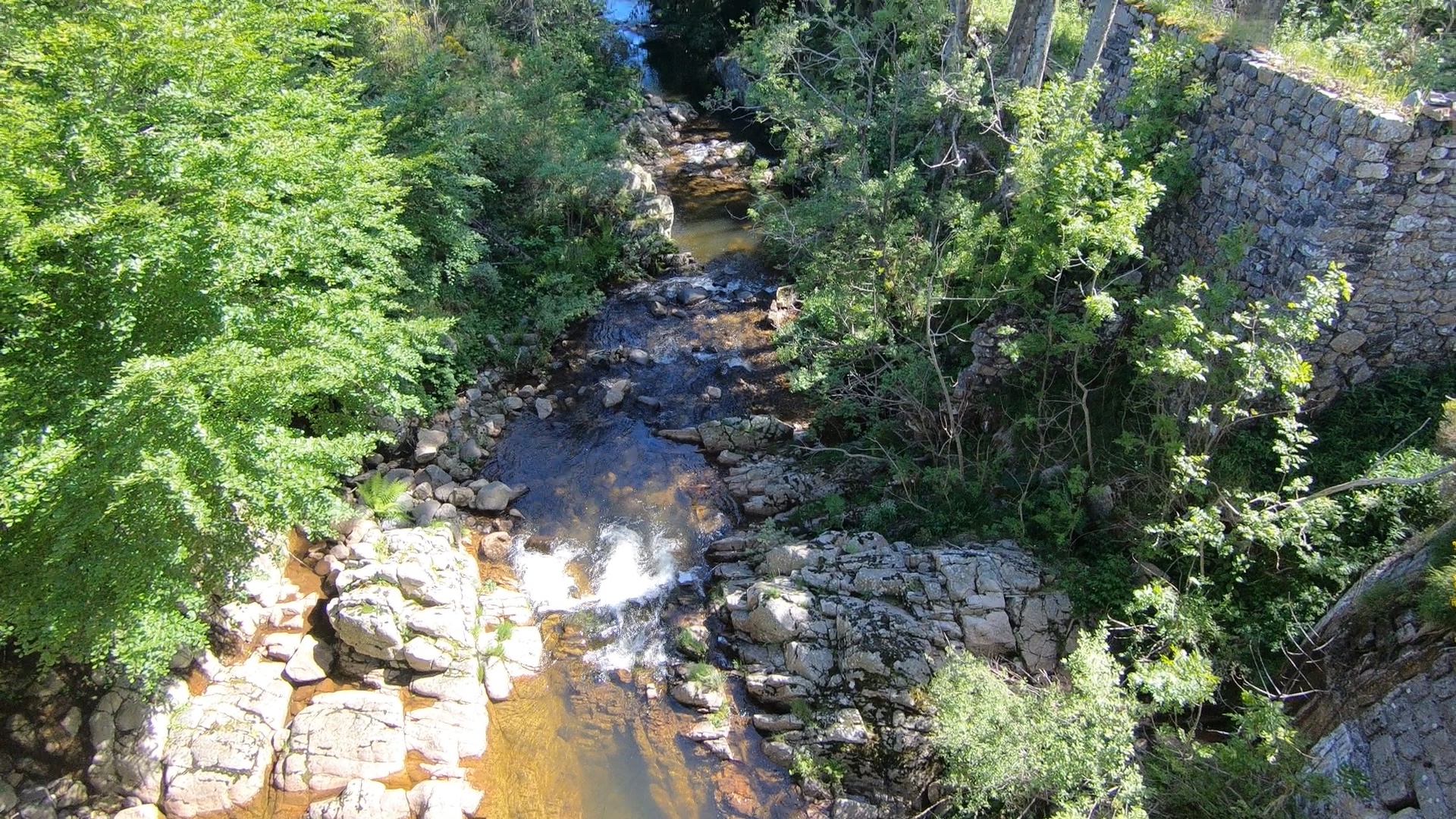 Tomorrow our prevailing trend is downhill, but we have a few steep climbs to surmount before arriving at Le Puy-en-Velay. Lentils for tea?!

Here’s a video of today’s route, and today’s track: