After we’d landed at our lodgings yesterday afternoon we watched the Tour de France competitors struggling up Alpe d’Huez. We’d had a long, gruelling day, but we’d said to ourselves at one point “It’s not Alpe d’Huez, though, is it?!”. Those iconic twenty-two hairpins are definitely on our to-do list, but not this year!

Our host yesterday had recommended a restaurant not far from the apartment, and we trotted out in the evening and enjoyed pizza for the first time since Rome. Now that we are in the vicinity of Naples, it was not surprising to find that they were firmly in the ‘Neapolitan’ style, a big puffy crust surrounding the toppings. Roman pizzas have much thinner crusts, with the toppings spread almost to the outside. No doubt which is better is a subject for much debate amongst Italians.

We set off this morning with just fifty kilometres on the schedule, our shortest day for some time. Getting out of Caserta was fine, busy but safe, and each time we turned off onto a smaller road it became more tranquil. That’s about the best that could be said for it, though – definitely not our most picturesque day. 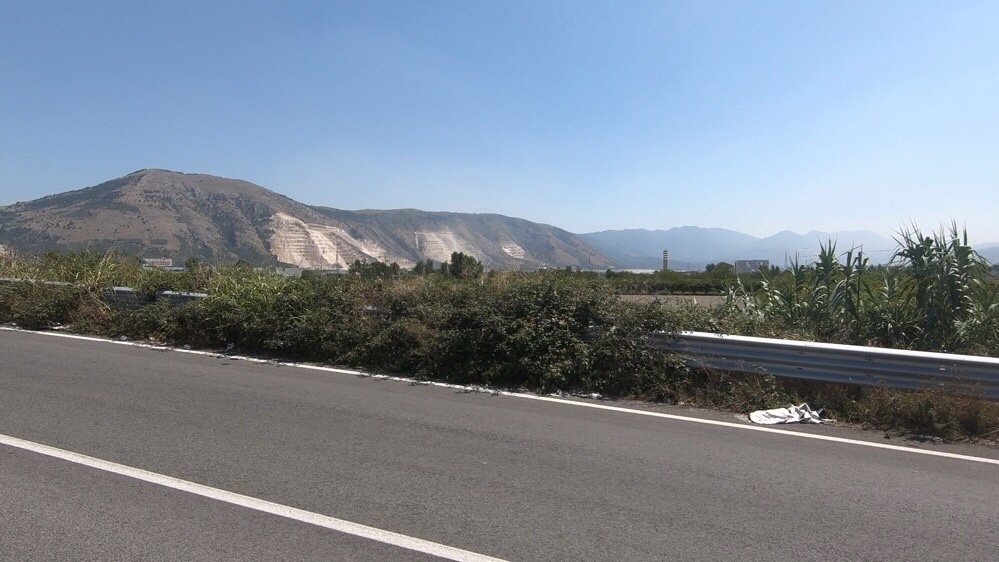 We were travelling through an area of suburbs, quarries, industry, with very little to admire. Hang on, though, what’s that on the skyline? 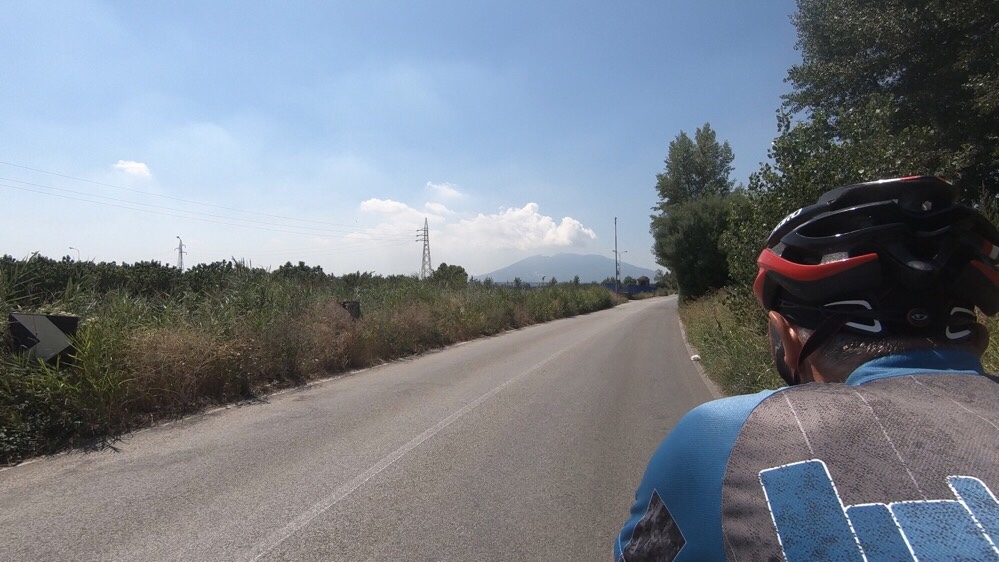 Yep, Vesuvius, our companion for much of the day. It’s unmistakeably a volcano, still active, and it’s thought that it’s building up to a big eruption any time now. The cone shape, missing the top blown off in AD 79, was recognisable even from this unfamiliar angle. 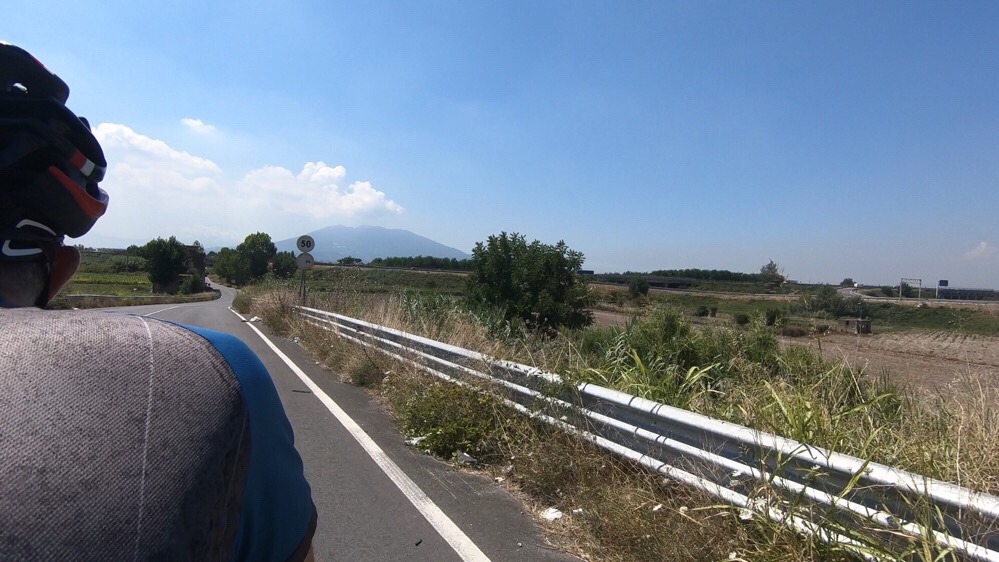 It really drew the eye, which was just as well, because the immediate landscape was not great. Everything was covered in a fine layer of dust, presumably from the quarries – cars, vegetation, probably us after cycling through it. And there was rubbish everywhere along the side of the road, at one point a lay-by of around a hundred metres full of sofas, mattresses, bin-bags and an awful lot of abandoned toilets, presumably after bathroom remodelling. Not Italy’s finest vista. 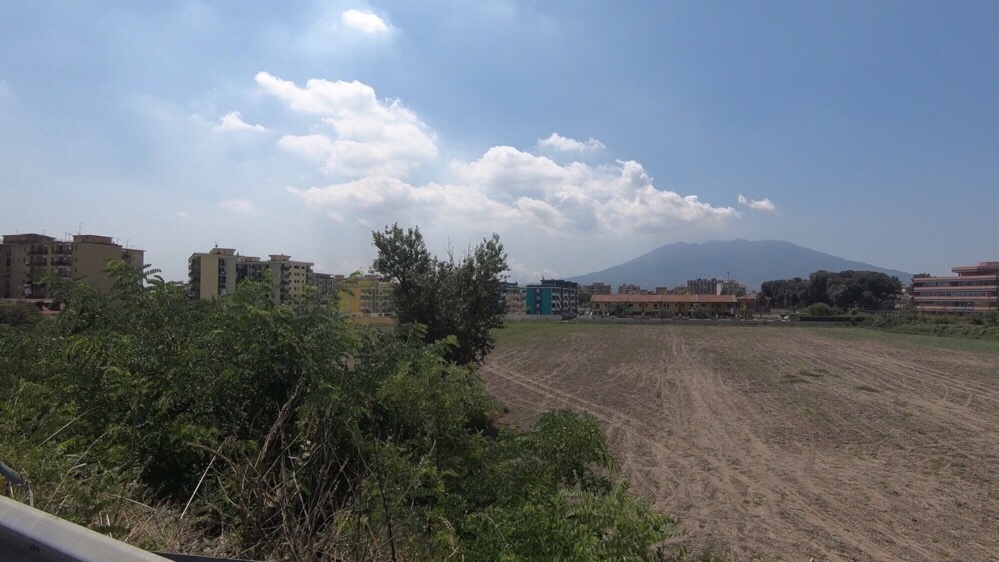 We had a quick pit-stop near Piazzola for lunch, and then pressed on towards San Marzano sul Sarno. There was a section through busy streets, really noisy, everyone beeping and weaving in and out of parked cars – we didn’t realise until we’d left it behind just how noisy it had been. 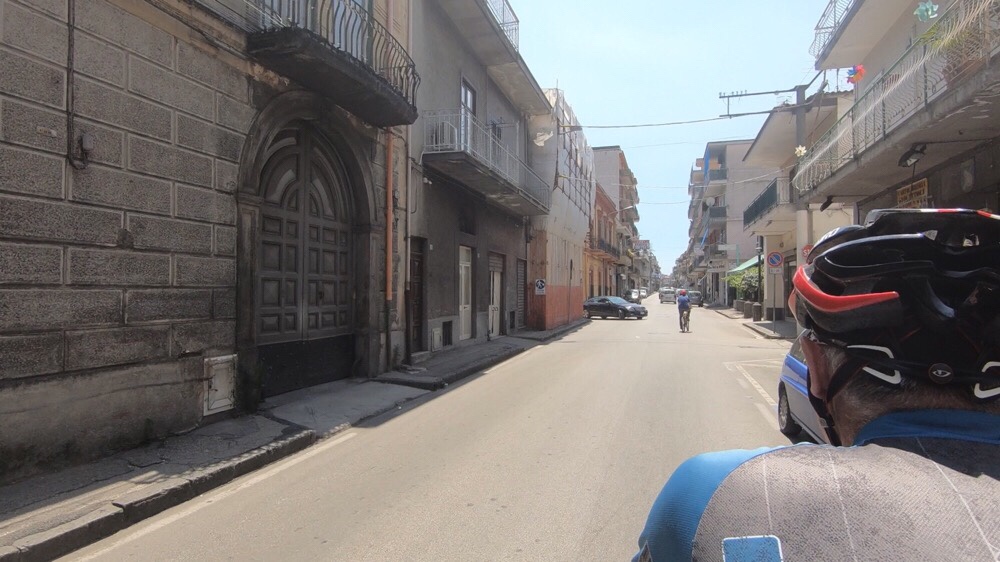 As we neared San Marzano the Captain remembered that it’s famous for its tomatoes – many of the plum tomatoes we get in the U.K. are from here. It’s a surprisingly small place, and when we arrived we were warmly welcomed by Sonia to our lodgings, where, oh joy, there’s a bathtub!

P.S. Did I mention the volcano?