After a simple dinner and a bottle of Vallee d’Aosta wine last night we slept soundly, despite the lightning storms in the valley. We also got the chance to repeat (in Italian, of course) the same joke on which we relied when cycling the length of France. It goes like this:

Random stranger: Dove andate?  (Where are you going?)

Captain or Stoker: A Sicilia (To Sicily)

Captain or Stoker: Ma non oggi! (but not today!)

Okay, perhaps you have to be there…!

Today we were following the path of the Via Francigena, the ancient route that in mediaeval times connected Canterbury to Rome. Our destination, Ivrea, sits at the entrance to the Aosta Valley, where it gives way to the valley of the River Po. Our plan, over the next few days, is to skirt around Turin to the west, in the foothills of the Alps, with the aim of being in Barolo for the Captain’s birthday on June 3rd. That may prove expensive!

We left Saint-Vincent on cobbled streets, soon joining via Roma. At this point the Aosta Valley takes a sharp turn towards the south, and narrows significantly.  There’s just enough room for the Autostrada, the railway, the Dora Baltea river and via Roma itself. 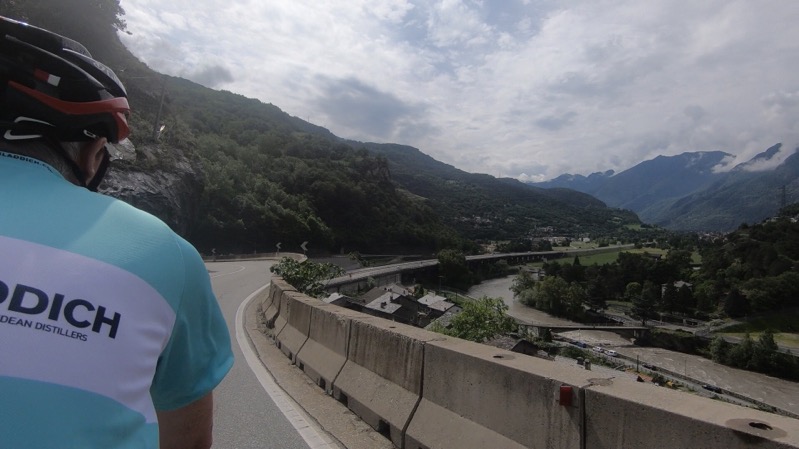 In practical terms our journey involved large but shallow descents for much of the day – if I can be forgiven for stealing two of the Stoker’s favourite descriptions of cycling descents, we were swooping and gliding down the valley on roads recently resurfaced for the Giro d’Italia.

All of this could be described as exhilarating. The scenery was spectacular – narrow glacial valleys, a turbulent river filled with glacial meltwater, ancient forts guarding the valley floor. If it were not for our natural British reserve we may well have been whooping with delight. Instead we relied upon murmurs of approbation and the occasional ‘Oh my word’!

Occasionally we cycled along the riverbank. The striking feature of this was the drop in temperature – the river was frigid with glacial meltwater, and this had a significant chilling effect on the surrounding air. Brrrr! 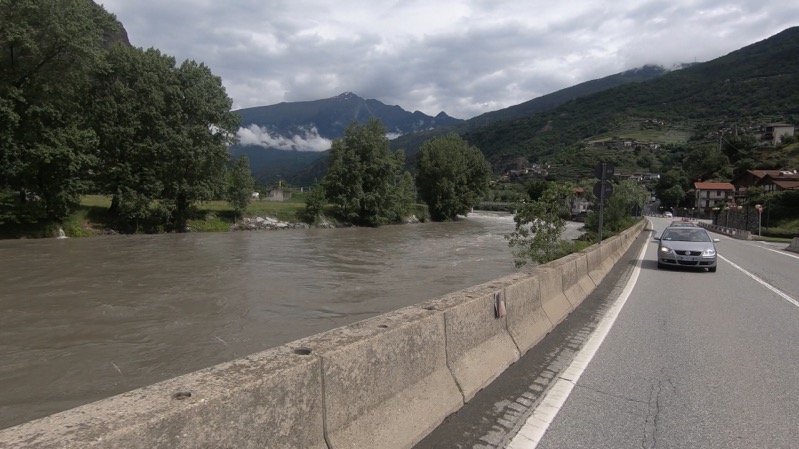 We had planned on visiting the Forte di Bard, but in Italy, as in France, many places remain closed on a Monday, so we could only admire it from a distance. There was much to be admired, though. 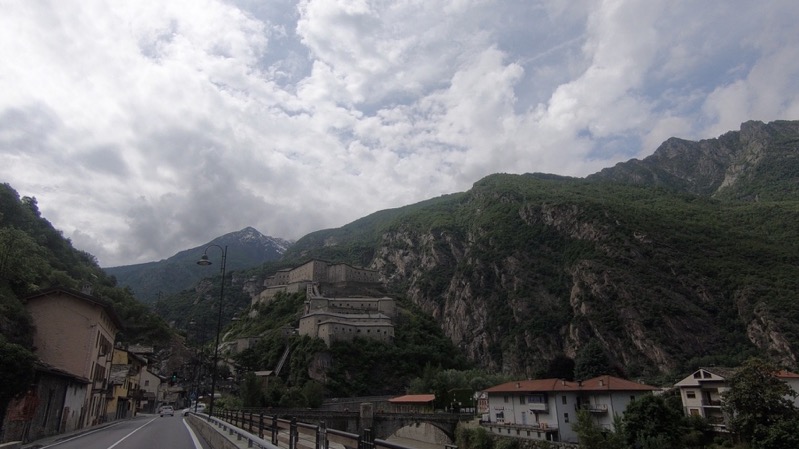 Instead we continued downhill, at a fast pace, encountering the first Nebbiolo vineyards (the Barolo grape). As we approached Ivrea the surrounding mountains diminished in size until we emerged from the valley into the outskirts of Ivrea.

Here we are self-catering and staying in an AirBnB loft apartment, a few minutes on foot from the centre of Ivrea, a place which, in common with most Italian towns, consigns industry and commerce to the outskirts, preserving the historical centre. 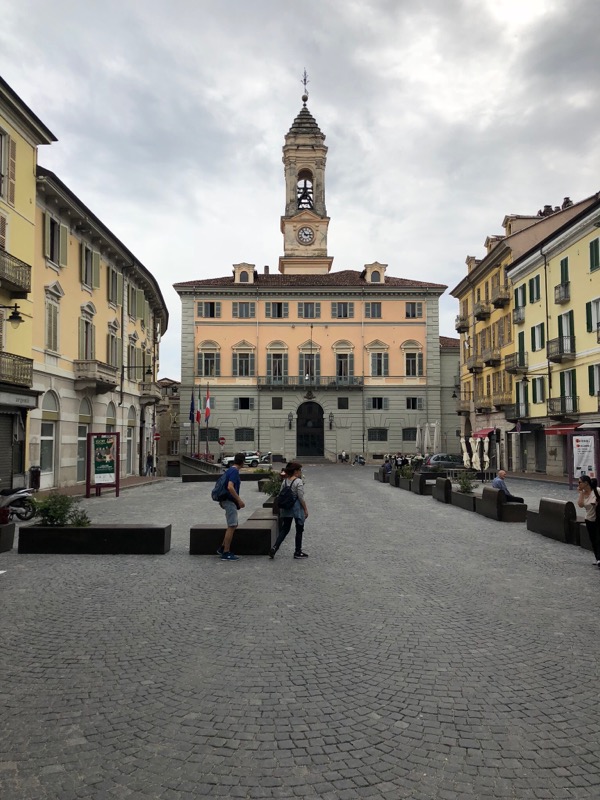 Ivrea’s fortune arose in the sale of Olivetti typewriters. Adriano  Olivetti invested heavily in the town, aiming to build a ‘more human’ industrial town, much like Sir Titus Salt and the Yorkshire town of Saltaire.

Well, I had planned to be concise. Tomorrow we’re having a longer day, cycling via Castellamonte to Castello di Rivoli, due west of Turin.